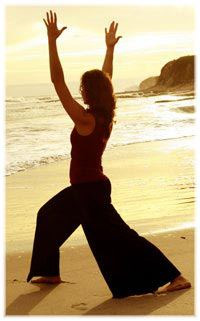 What is Qi Gong?

Qi Gong is a form of Traditional Chinese Medicine, based on Taoism philosophy, which involves concentration, fluid movements and breathing exercises to promote a well-balanced qi. Qi Gong is similar to Tai Chi, but involves less strenuous motions, and acts as a form of meditation to promote self-healing. Tai Chi roots from self-defense movements and improves ailments, illnesses and increases stamina. On the other hand, Qi Gong focuses on the more spiritual aspect of qi, encouraging a mental relaxation similar to meditation.

Traditionally, there are 8 movements of Baduanjin Qi Gong, which are used in repetition or succession to alleviate stress and worry. Qi Gong is less a form of exercise and more a process of healing the balance of life’s energy within an individual. Although the movements are reasonably simple to perform, the mastery of Qi Gong requires a dedication to form, posture, breathing, and mental concentration. By focusing on acupuncture points in rhythmic motions, Qi Gong is simple to learn and easy to practice individually or in a group environment.

The health benefits of Qi Gong are less drastic and physically present then those benefits from Tai Chi. However, by practicing Qi Gong, patients and individuals of all ages are still likely to experience improvements in their health and wellness. Instructors strive to ensure a patient’s success in Qi Gong by demonstrating the movements and attempting to transfer positive energy to their patients.

Benefits may include, but are not limited to:

Qi Gong requires concentration and focus to achieve wholesome benefits. Through practice, demonstration and application, Qi Gong remains a prominent form of Traditional Chinese Medicine healing. To learn more about how Qi Gong can better your life and well-being, contact Wellness To Be!